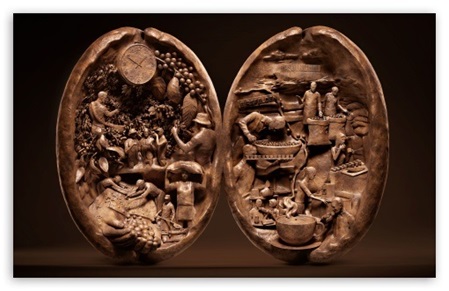 Entertainment Programmes/ CC List to all Media Groups in Europe.

The German-language letter you may find here!

Your Empress now urges you not to withhold this letter and to make it available to the aforementioned circle of persons.

There are farther letters from your Empress which are specifically written for your categories.

You and your kind will often be overwhelmed by the content of these letters, but my person can be relatively sure of one thing; you will receive enough material for gossiping, especially if you read the letters written in English.

Since you are no longer to be taken seriously by my person, feel free to gossip.

Your level, in which you work, whereby work should be defined quite precisely, has long since spread and shaped the youth as well as the children accordingly.

They are the ones who enjoyed expensive studies or education and wanted to continue within that framework.

These people switched over, switched off and looked the other way if your programmes seemed too primitive and dirty to them.

This kind of person is now mainly in front of the judge and not necessarily such little half pimps who bring young people into the public eye, whereby they have to sell themselves more and more.

The old person is also now primarily in the dock, because even an old person should have known where such culture must lead.

This culture leads to a limitless amusement park, where human mixes with the animal!

Pull yourselves together and think about what you will say in the future!

The style of letter that would suit you and your kind has to be invented first!

After you have been informed by your Authorities, which consist of three persons, you will have to learn to stand up for your delivered crap!

Your Empress wants suitable personalities, who do exist, to take over the editorial offices and only very specific stations, which will emerge, will run at this level.

All the others will start to counteract; think of your own childhood and youth, you silly brats!

There is now enough material in all countries to stop further "moaning and humping".

The so-called celebrities and their managers will give back the "bawled and grift" money for said building projects, which must be initiated as soon as possible.

Mainly the half gossips and half* chickens will first learn to work by their own hands and by their own physical strength, where their hormones can return to normal, on the construction site as a man.

There these people will settle in and learn to move among men in the fresh air, as a bricklayer, a carpenter, a sculptor and through many crafts** more.

The same goes for many a presenter.

A lot of craftsmanship is needed for these building projects (Gigantic Churches*) so every labour is needed.

The castles* have to be furnished for the predetermined persons, but the villas may still be inhabited by the addressed circles of persons, so that they do not have to become the whipping boys of the nation, because it is the fault of those who knew exactly where this theatre must lead sooner or later!

The real artists and presenters will please protect the culture and entertain the people for a deserved rest through relaxation.

Come to your senses quickly, otherwise you will get to know the Cudgel of your Empress, what can become very painful for you and your kind, you are welcome to ask those who are actually responsible.

If my person is not mistaken, then the "umbrella", or rather the Cudgel of your Empress, has already struck once a long time ago in the right place.

HP: The financing of the construction projects mentioned has already been determined. Some of the people in charge have been assigned to the project. The responsibility is also fixed worldwide.

Please also include the weekly distributions of the jackpots of all lotteries worldwide in the respective funding pot.

There are already really good radio-programmes and some good TV-programmes too!

Tip: Please pay attention to the lyrics of the German hit song, then some of you will notice that we as humanity already include the universe in our longings and desires and for example also that our subconscious has recognised that we are already in the end of time.